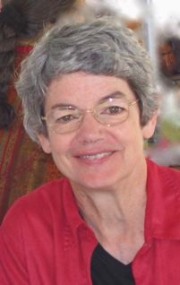 Carol Henderson served as Executive Director of the American Library Association (ALA) Washington Office and as an Associate Executive Director of ALA from 1994-1999. Her 24 years of service for ALA included earlier Washington Office posts as deputy director, assistant director, and associate director. She was a reference librarian and assistant librarian for public services at George Mason University from 1969-75.

Achievements during her ALA tenure included expansion of the Washington Office, a doubling of staff, the establishment of an Office for Information Technology Policy, an increase in federal funding for library programs, and increased advocacy activities on behalf of libraries and their users. She served as chair of the National Science Foundation’s Federal Networking Council Advisory Committee and served on the board of the Virginia Center for the Book.

In retirement she has done volunteer work for Fairfax County Public Library and was active in the Osher Lifelong Learning Institute at George Mason University, serving on the OLLI Board, moderating a short story discussion class for 15 years, and heading a team that produced The Story of OLLI, a 25-year history of the organization.