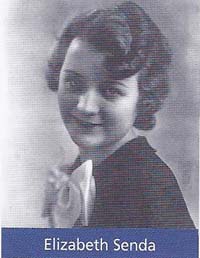 When Elizabeth Senda raised her own family, she did everything she could to ensure her children’s success in school, bringing them to the public library and supervising their homework. Though she had been an algebra champion of Ohio, Senda never had a chance to go to college.  She was needed on the family farm.

Beginning with an MS in computer science at the New Jersey Institute of Technology, Hughes proceeded to obtain her PhD in information systems from the Union Institute. Throughout Hughes’ studies, Elizabeth Senda continued to support and inspire her daughter, even taking care of Hughes’ two youngest children for a year when a mandatory lab course made caring for the children after school impossible. Elizabeth was not about to see a dream deferred another generation. Elizabeth once said that her sacrifices were “a cheap price to pay compared to what [her daughter] could accomplish in the future if [she] persisted.” 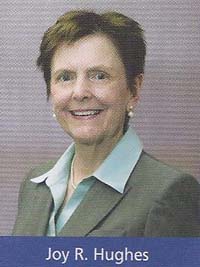 Hughes, who was Vice President for Information Technology at Mason, wanted to honor her mother. In 2007, Hughes founded The Elizabeth Senda Acquisitions Endowment for the Libraries, celebrating the sacrifices that her mother and other parents made so their children could have opportunities.  The endowment supports the acquisition of library resources in algebra, statistics, geometry, trigonometry, and calculus, especially at the undergraduate level.

Thanks to The Elizabeth Senda Acquisitions Endowment for the Libraries, Elizabeth Senda continues to motivate, inspire, and support the degree aspirations of many generations.