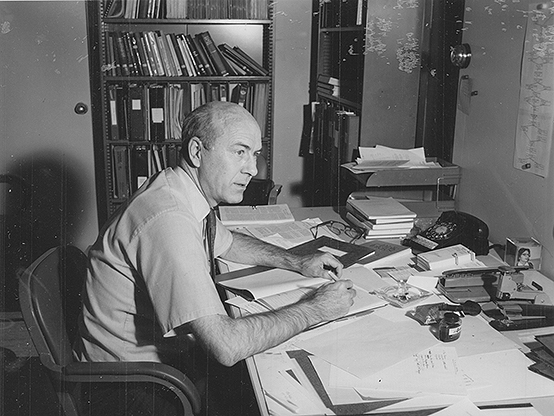 In 2013, The John N. Warfield Endowment for the Libraries was established by Rosamond A. Warfield, widow of Dr. John N. Warfield. The endowment provides permanent and consistent funding for the preservation of the existing John N. Warfield Collection gifted in 2000 and for its expansion through the acquisition of scholarly research materials in subject areas of greatest interest to the late Professor Warfield. During his sixty-year career, Warfield was a pioneer in the field of computers and Systems Science, an interdisciplinary field, which studies complex systems in nature, human interaction, and science. Dr. Warfield passed away in 2009.

His long and successful career yielded dozens of major publications, honors, and awards. Two of his awards were conferred by the Institute of Electrical and Electronics Engineers: the Joseph G. Wohl Award for Outstanding Career Achievement and the Third Millennium Medal, both in 2006. Maintained by George Mason University Libraries’ Special Collections Research Center, two permanent digital exhibits highlight materials from the Warfield collection and John N. Warfield Papers, 1931-2009, which include letters, photographs, drawings, and audiovisual materials. These digital exhibits can be accessed through the following two portals: Attacking Complex Problems: The Life and Work of Dr. John N. Warfield and The John N. Warfield Digital Collection.